Experience the Beauty of Botswana

Nothing prepares you for the immensity of the Central Kalahari Game Reserve (commonly known as CKGR), nor its wild, mysterious beauty. There is the immediate impression of unending space, and having the entire reserve to yourself. Waist-high golden grasses seem to stretch interminably, punctuated by dwarfed trees and scrub bushes. Enjoy wildlife from open grasslands including the famous CKGR lions, cheetah, gemsbok, springbok, kudu, buffalo and abundance of birdlife.

The enigmatic and spiritual quality of the Tsodilo hills was noted by the famous author Sir Laurens van Der Post in his book “The Lost World of the Kalahari”. It was here that Sir Laurens’s cameras inexplicably jammed, his tape recorders ceased functioning and his party was attacked by swarms of bees three mornings running. When he learned from his guide that two of his party had disturbed the Tsodilo spirits by ignoring long-established protocol and killing a warthog and a steenbok while approaching the sacred hills, Van Der Post buried a note of apology beneath the panel of paintings that now bears his name and it was apparently accepted.

Take a break from a traditional safari by spending some time at Sexaxa Cultural Village just 20 minutes from Maun where you will learn about the Bayei tribe culture. Enjoy big game on a day trip to the best game reserve, Moremi, traverse the Okavango Delta lagoons guided by local poolers in a traditional dug-out canoe (mokoro) and the beauty of one of Botswana’s finest destinations Nxai National Park which harbors the famous Baines Baobab.

A mere 20 kilometers from the historically important village of Serowe, the accessibility of Khama Rhino Sanctuary is also a draw. This community tourism project, managed and staffed by local village residents, offers game drives, birding, bush walks, and arts and crafts shopping. It also has an education center where many young children from all over Botswana come for environmental education, as well as a fun time in the bush. End your trip in the Ancestral place of waterfalls, Goo-Moremi Gorge.

Arrive in Maun Airport where you will meet one of our representatives with a signage board written “IMELA WILDERNESS”. Our guides will be waiting to transfer you to the lodge where we will be staying. Maun is the gateway to one of the best wildlife experiences you will ever have – a safari in the unforgettable Okavango Delta.

Maun has grown rapidly from its early days as a small, rural frontier and has now spread along the wide, Thamalakane River. It now boasts hotels and lodges as well as car and 4-wheel drive vehicle hire. However, it retains a rural atmosphere and, as befitting its role as the hub of the Delta’s safari industry, travelers pass through here on their way to the Okavango Delta.

In the afternoon, we will take a drive to Sexaxa cultural village just 20 minutes away from Maun. You will get an opportunity to learn the Bayei culture including their history. You will also learn about different living practices such as musical instruments, marriage customs, making baskets, pounding grain, and traditional dancing.

We will later return back to Maun at our lodge where we will stay overnight before heading to Tsodilo Hills in the morning.

Depart to Tsodilo Hills after breakfast on a 4 hour drive from Maun. We will stay in Tsodilo for 1 night visiting the different hills. The four hills form a line and are referred to by the San people as “The Male” – the largest hill which reaches a height of 410 meters above the surrounding plain; “The Female” – a smaller hill, about 300m, but has an overall area of almost three times that of The Male; and the next in size of 40m is referred to as “The Child” and lies about 2km away from The Female. Beyond these three is a much smaller unnamed knoll, located 2.2km northwest of The Child, which legend has it was The Male Hill’s first wife who was discarded when he met and married the taller Female Hill. We will camp for one night.

Wake up from a campsite in Tsodilo Hills, have your breakfast and prepare your luggage ready. Leave at around 0800 hours in the morning for a 4-hours drive back to Maun. Once in Maun we will pass by our offices where you will pack a small bag and leave the rest of your luggage in a secure storage at our offices. You will only need small amount of luggage for the 1 night that you will be staying in the delta. Your big bag will be left in a secure storage for safe keeping at our office to be collected when you come back from the delta. We depart to the Okavango delta, here you will meet your local mokoro pooler who will serve also as your guide. This activity is conducted by local mokoro community guides though our chef comes along. When we arrive the camp assistants will put up camps under a canopy of trees, have brunch followed by siesta time where you can swim in the delta clear waters. Tea/coffee will be served before you take a walk on the island.

Travelling by mokoro is undeniably the best way to experience the Okavango delta as you get to explore the waterways, and take nature walks where you have the opportunity to track game and get an up-close feel of this unique environment. Here bird life is spectacular and on foot you are able to have a much more intense experience of the wilderness, particularly the flora and fauna that might otherwise go unnoticed. Guides are experienced in tracking animals and are able to point out interesting sightings of various types of wildlife. We camp in the wilderness in a remote campsite for 1 night.

We will wake up at around 6.00am for a beautiful sunrise game drive, come back for breakfast and disassemble the camp before we depart to Maun at around 08:00am. We will arrive in Maun around noon and pass by IMELA WILDERNESS office to collect the rest of our luggage before heading to the lodge where we will be accommodated for 1 night. There is provision to allow those wishing to go to town buy their necessities before departing the following day for Moremi Game Reserve day trip.

We wake up to have a quick breakfast at the lodge before we take a day trip to Moremi Game Reserve.  We will go with a packed lunch and soft drinks for our day trip. Set-aside in 1963 by the Batawana tribe, the Reserve is rated as Africa’s most beautiful game reserve. Moremi game reserve is widely considered as one of the finest wildlife reserves in Africa with a diversity of habitats combining acacia forests and Mophane woodlands with floodplains’ and lagoons, here we will be camping at an exclusive campsite. Game is plentiful and the sightings include elephant, buffalo, giraffe, lion, hyena, jackal and many different antelopes including red lechwe and shy sitatunga; a web-footed antelope perfectly adapted to life in the swamps, Wild dog, whose numbers are so rapidly decreasing elsewhere, are regularly sighted in the Moremi game reserve, It is the great diversity of plant and animal life that makes Moremi so well known. The reserve contains within its boundaries approximately twenty percent of the Okavango Delta. We will return back to Maun in the afternoon for dinner at the lodge.

After breakfast we will collect our luggage then will depart to Nxai National Park. When the seasonal rains come, the vast grasslands of Nxai Pan attract grazers in numbers (herds of wildebeest and herds of zebra) and consequently, these attract an impressive range of predators.

We will do a day trip to the Baines baobabs where we will also have a nice view of the salt pans. During our stay here we will take a full day to explore this beautiful wildlife area. Nxai Pans is a relatively undiscovered part of Botswana that offers some of the best wildlife viewing. We will camp for 2 nights on exclusive campsites.

We will wake up early in the morning have breakfast and a quick game drive in the park before heading to the Central Kalahari Game Reserve (CKGR). It is quite a long distance between CKGR and Nxai National Park. However, with the ecosystems, wildlife and landscapes in the Central Kalahari Game Reserve differing very much to what you would experience further north in Okavango regions it is definitely a destination to include in your safari list. With this you will notice a variety of species that are more prolific here than elsewhere in Botswana; such as brown hyena, aardwolf, oryx, bat-eared fox and ostrich.

Springbok are the most numerous of the large herbivores. Oryx numbers in the Central Kalahari are also very strong, often seen on the short grass plains during the rains in herds exceeding 100. Red hartebeest, eland, wildebeest, kudu and giraffe can also be found in good numbers. The birdlife in the Central Kalahari is varied. The largest of these, the ostrich and kori bustard, are doing extremely well and are commonly spotted. Doves are well represented with Cape turtle doves, laughing doves and Namaqua doves all seen in high numbers. All the sub-Saharan species of sandgrouse can also be found in the reserve. We will camp here for 2 nights.

We will have an early breakfast and short game drive before departing to Khama Rhino Sanctuary. Affording the opportunity to see both black and white rhino – as well as an abundance of other wildlife species – the Khama Rhino Sanctuary (KRS) is a delightful stopover for tourists travelling by road to Botswana’s northern reserves.

A mere 20 kilometers from the historically important village of Serowe, the accessibility of KRS is also a draw. This community tourism project, managed and staffed by local village residents, offers game drives, birding, bush walks, and arts and crafts shopping. It also has an education center where many young children from all over Botswana come for environmental education, as well as a fun time in the bush.

KRS was established in 1989 due to growing concern over the then escalating rhino poaching situation in Botswana. Both black and white rhino – once abundant in Botswana – were during the early 1980s on the brink of local extinction, despite their having been granted protected status as far back as 1922.

We will camp for 1 night in a camp site with ablutions before departing to Goo-Moremi Gorge the following day.

Explore the sanctuary in a short morning drive after breakfast before heading to Goo-Moremi Gorge. Explore the ancient Natural beauty of Moremi Gorge within the Tswapong Hills of Botswana where endangered cape vultures breed on the outcrops above the ancestral waterfalls in the protected conservation area of Goo-Moremi Gorge. The Moremi region was once the home of the Bapedi/Batswapong people and as a result is rich in historical and archaeological findings. Activities include walking trails and bird watching.

We will camp here for 1 night before heading to Gaborone.

Explore the Gorge in a short morning walk after breakfast before heading to Gaborone (3 hours) via the A1 road where you will connect with your onward flights.

Note; All our tours are non-participatory, meaning we have enough staff to do the camp chores while you sit and enjoy your safari

Included in Your Safari

40% Deposit to confirm booking. Balance due 30 days prior to arrival. 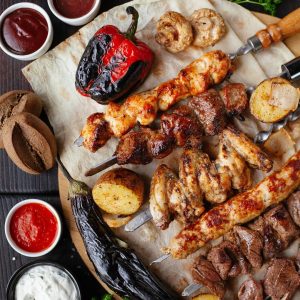 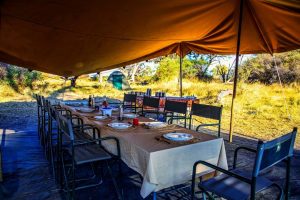 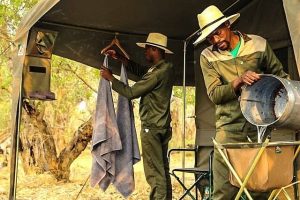 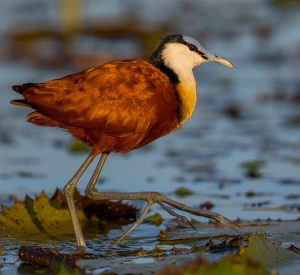 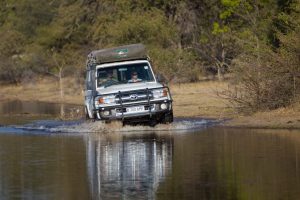 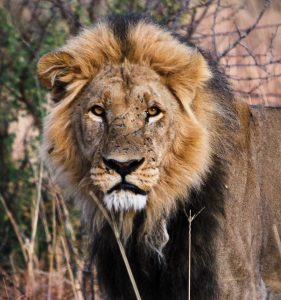 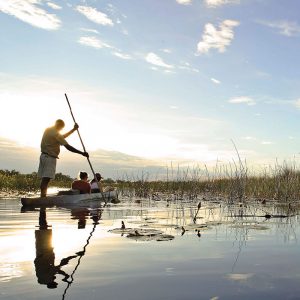 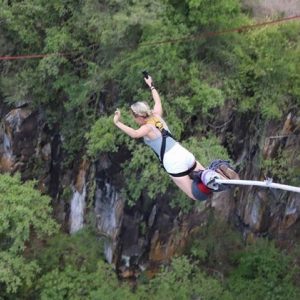 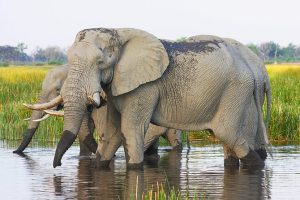 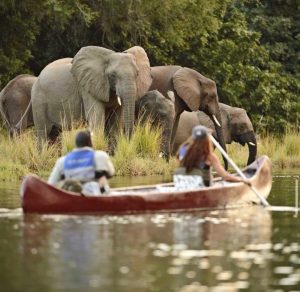 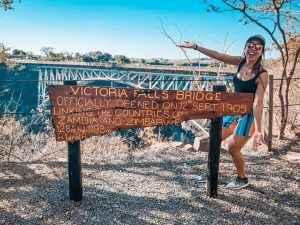 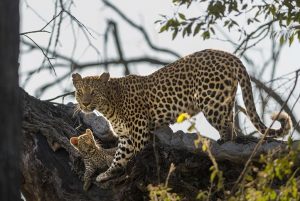 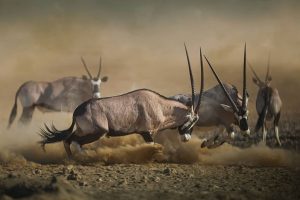 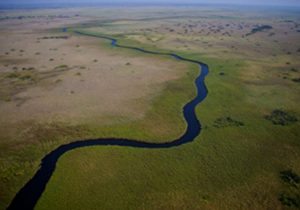 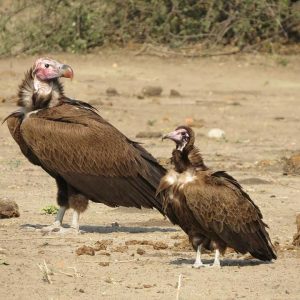 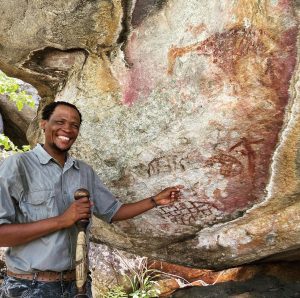 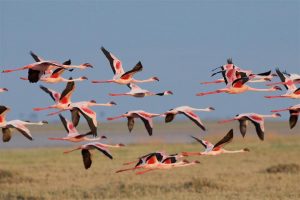 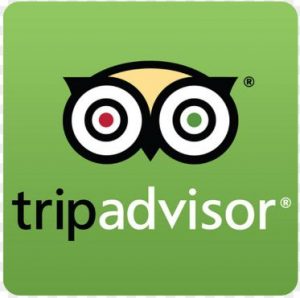